Latin develops the mind of the young student as no other subject can. The study of Latin is the core of a classical education. Latin begins as early as 2nd grade and continues every year, culminating in the translation of Latin literature in grades 9-12. All new students in both the Lower and Upper Schools are enrolled in an age-appropriate beginning Latin class. 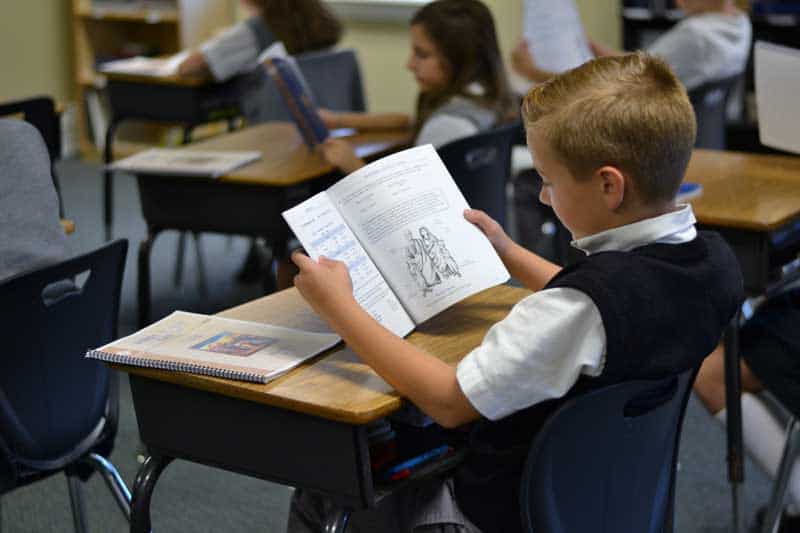 Our Latin curriculum follows a traditional scope and sequence and is consistent with the grammar, logic, and rhetoric stages of the trivium.

Students who enroll in Latin in middle and high school follow the same sequence at an accelerated pace.

Memorizing the Latin Grammar is a great challenge and thrill for students. The mastery of the grammar greatly enhances English language skills and builds the kind of confidence that comes only from great achievement. There is no substitute for the mental development provided by the study of the Latin Grammar.

Our Latin program is unique in that those students who begin in the Lower School achieve mastery of the Latin Grammar before high school – a practice which was the norm prior to the twentieth century, but is rare today. Most of the classroom materials used to teach the Latin Grammar – Prima Latina, Latina Christiana, Lingua Angelica, and the Latin Forms Series – have been developed by Cheryl Lowe and Memoria Press.

There are two, and only two, classical languages – Latin and Greek. Students study Greek as part of the regular curriculum in grades 6-8, completing the entire Greek Grammar. This three-year course covers the Greek alphabet and the basics of Greek grammar, vocabulary, and translation. Students are enlightened by the similarities between Latin and Greek grammar, and they are amazed to learn about the large number of Greek roots in both English and Latin words. The study of Greek is the crown jewel in a classical Christian education. it adds depth and understanding to the study of language and Western civilization. 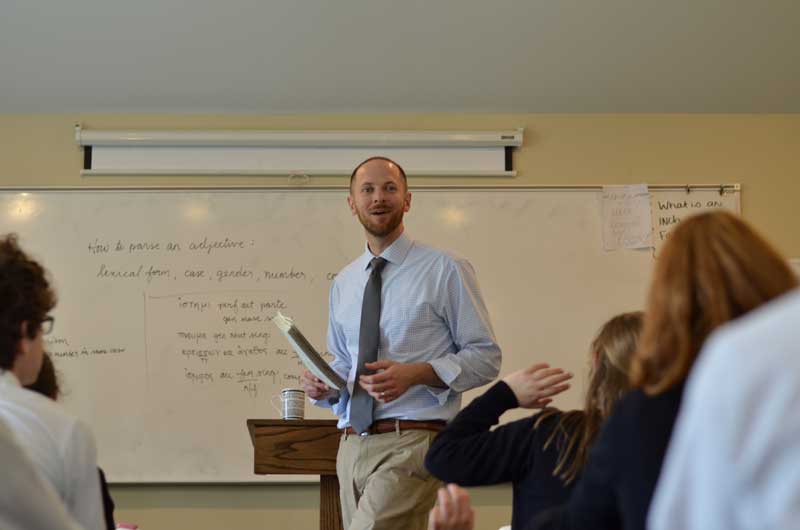 The ancient Greeks created a body of thought characterized by such brilliance and clarity that it has been called “The Greek Miracle” ever since. Their work in philosophy, literature, art, logic, mathematics, and science has been the wellspring of Western civilization. The Greeks have been, and remain, the world’s first and greatest teachers in the natural order. The Romans, like every generation since, imitated and enlarged, but did not reverse, the Greek depository of knowledge.

Since divine providence has so ordained that the sources of both human and divine wisdom be clothed in the garment of the Greek language, there can be no more compelling reason to offer the study of Greek.

We are pleased to offer Greek to our students as an integral part of their language education. For students who choose to continue their study, Greek is offered as an elective in grades 9-12.